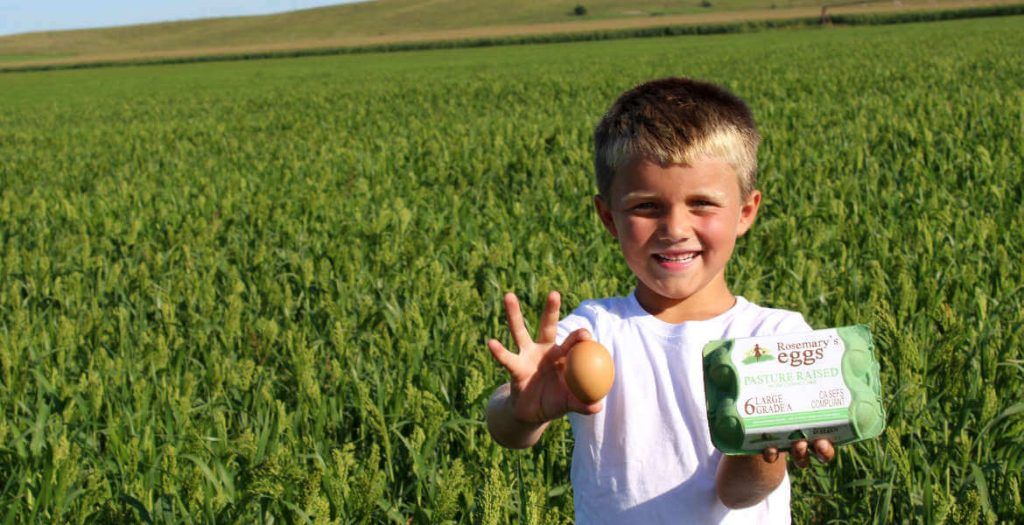 Rosemary Farm, a purveyor of eggs to California since 1925, was losing shelf-space to larger national brands and hyper-local farms. They needed to improve brand awareness to increase sales in their existing stores, as well as grow new sales outlets throughout California. Their biggest differentiator – the freshness of their eggs – was unknown to both consumers and grocers.

Parker Sanpei developed a promotional strategy to emphasize the freshness of the brand’s eggs and increase overall brand awareness. “When Freshness Matters™” was developed as the new tagline and applied to promotional materials, advertisements and delivery trucks. Creative was developed in support of the new tagline and featured children in farm settings holding the eggs. Crucial to the effort was the Parker Sanpei team’s recommendation that Rosemary Farm start stamping their eggs with the date they were laid by the hen – making them the first producer in the country to do so. The date stamp not only made it evident to consumers that the eggs had been laid within days of being on the shelf, but it also served to emphasize that Rosemary Farm never re-processes their eggs to make them seem fresher. Two-sided inserts were put into each carton to explain the new stamp to consumers and included an English version on one side and a Spanish version on the opposite.

Parker Sanpei engaged in a co-branding programmatic display campaign that geo-fenced stores where they were already on the shelf, as well as competitor stores. The digital artwork for the campaign was also created in both English and Spanish, and the ads were targeted geographically. Consumers who clicked on the ads were taken to the “Where to Buy” page of the website to find their local store. The second phase of the campaign included production and distribution of an animated video educating consumers about the freshness of Rosemary Farm eggs. The video campaign included YouTube TrueView, streaming television and broadcast television. It was supported by broadcast radio efforts and programmatic display ads delivered to consumers in the targeted areas. Behavioral modeling was utilized to identify and serve ads to the devices of grocery shoppers.

Website traffic to the “Where to Buy” pageviews surged over 800% in the initial three months of the campaign and existing stores reported sales increases of up to 240% during the same time period. Programmatic display campaigns averaged a click-thru rate of 0.20% during the first sixty days of campaigns and the YouTube TrueView ads had a view rate of 30%, more than double the national average for TrueView campaigns.

The new tagline and date stamping were so successful that Rosemary Farm extended them to their parent company, Dakota Layers, which produces and distributes eggs throughout the midwest.